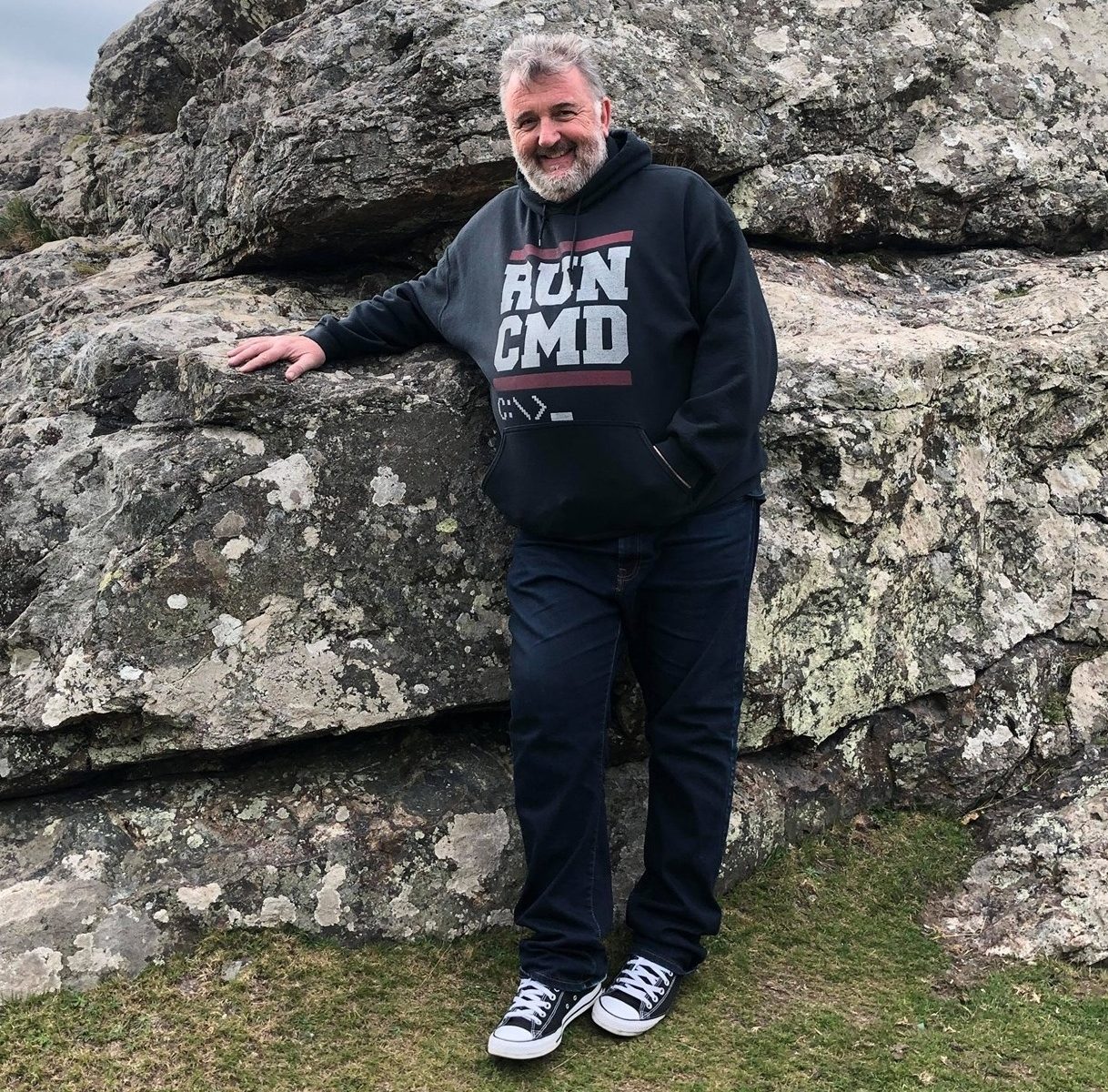 I’m not a particularly active person. My work is mostly chair-based, I’m an I.T./Web guy and that’s where I’m happiest, staring at the screen.

I’m also a long-term Asthma sufferer. In recent years (I think back in 2014/2015) my Asthmatic problems started getting steadily worse. I was regularly having appointments at the chest clinic in Derriford Hospital, Plymouth. They got so bad that I was taking Prednisolone steroids to ‘control’ the problem every month. This, in part, contributed to a weight gain and triggered a significant visit to the hospital to discuss a way forward.

In the meantime, I was hardly able to walk up a flight of stairs without feeling breathless, wheezing, or coughing. It was soul-destroying.

Anyway, back to the significant visit to the hospital. I had a consultation with, err, a consultant, who said there was a new drug which they could try with me. This was back in 2019 around September/October (I forget the exact date). Because the drug is expensive, they were only giving it to people who were considered extreme cases. one of the markers for this was to be taking more than four courses or Prednisolone steroids in one year. I had had 12!

So, I started on the drug and the improvement was noticed straight away! I’m writing this blog post over 12 months after starting to take the drug (Fasenra) and I have not had one course of steroids since!

My breathing improved to the point where I started playing badminton with family and friends and even started playing squash with my son! I was exhausted, yes, but I was able to do it.

March 2020 and leisure centres are closed and no more badminton or squash (sad face). I decided to do daily walks which were fine until I started getting shin splints. Very painful and put me off walking for a while.

A friend of mine advised Sketchers walking shoes which I bought but I had lost the enthusiasm for walking as a form of exercise.

Lockdown and the after affects were causing problems everywhere. Mental health and fitness seemed to go out of the window for a lot of people. Me included. I carried on working of course and thankfully my work being in I.T. was not drastically effected by lockdown and the months afterwards.

Fast forward a few months and I’ve put on any weight I lost. Every day I was kicking myself about this problem. Reading up on how to lose weight and all the positive mental strategies out there.

I was about to turn 57 in November and I had decided to make a start to getting fit and losing that weight again. On the eve of my birthday I had a phone call with the previously mentioned friend and he suggested that running is still one of the best ways of getting fit and losing weight. I groaned and said I hated running but in the same breath I said “I’m gonna do it!”

So, the next day was my birthday and I went out for a first run. I had downloaded a Couch to 5k app which I subsequently removed and installed the BBC Couch to 5K app a couple of days later. Anyway, I did the first day’s exercise and completed the goal. The goal to complete the first day of Couch to 5k.

My second day has come and gone and Day 2 complete. Another goal achieved, that of not giving up at the first hurdle.

Day ‘1’ complete and I’m sat at home feeling good! I made it and managed to complete all the instructions of Jo Whiley, thanks Jo!

Here’s to the next however many weeks. Could be 9, could be less, could be more. Who knows?

So here’s a photo below showing me as an overweight middle-aged bloke who sits behind a computer most of the day. At the end of this, I’ll post another photo, perhaps there will be a visible change. Would be nice if there was.